Do loud pipes save lives?

Basically, there are three kinds of motorcyclists if it comes to exhaust pipe sound. 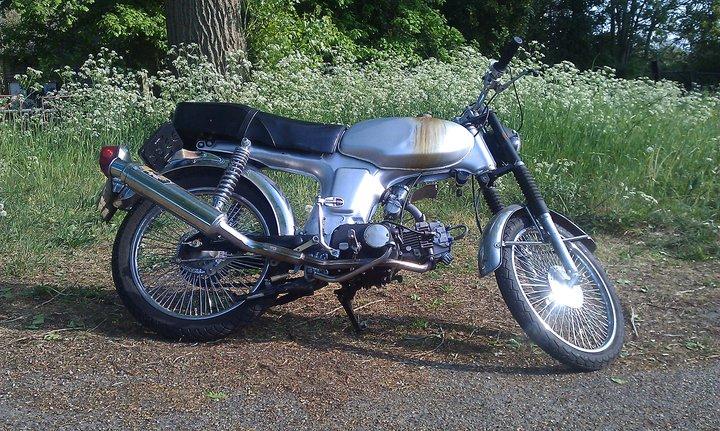 I'm going to aim at the rebel in this article and everybody has seen or heard them and you either love it or you hate it. Now I don't see myself as a rebel, but I have always driven with a pipe that is somewhere in between the tuned and the open pipe, just because it was great fun. You -are- heard and people -do- look up from their newspaper and when they see a lot of noise coming from a small Honda SS50, it is usually received as being fun and odd at the same time. On the other hand, people who are just riding their bike, walking their kids in a stroller etc, hate me. Kids holding their fingers in their ears, dagger-shooting looks from cyclists and elderlies.

It is a part of riding with a loud pipe, I guess and I do not open my throttle near kids and elderly people. For the record, I am certainly not one of those riders that see fun in terrorising people. So why am I writing this then, you may wonder. Is it an excuse to everyone that may have waved their fist at me and thought horrible things to happen with me?

No. Riding a loud pipe is part of the Honda four-stroke religion that used to rule the streets in The Netherlands. Four-stroke against two-stroke. A thing that is as old as the first Honda that arrived here. For people who live in The Netherlands and especially between Utrecht and Hilversum, you should know the terms "Kakkers" and "Dijkers". I will elaborate on that another time, since it it both fun and ridiculous at the same time.

I am writing this because of a certain safety aspect. The fact that you are being heard and sub-sequentially seen. As I said earlier, I have always driven with a loud pipe and the side-effect of that is, is that the rider gets ear- and head aches from it. It is a fact and if someone denies it, your pipe is not loud enough or you are just lying.

I went today to Leertouwer, a shop that is well known by any Honda 4-Stroke rider here, to get a new bracket for my exhaust pipe since it broke off recently. As I was there, I felt like it was time for a new exhaust pipe as well, since I am basically done with the loud pipe and the head aches. So I got myself an original Honda C90 pipe and after making a custom bracket for it, it fitted nicely under my bike. This was of course a perfect excuse for a little spin, so I checked my oil, filled the fuel tank up and went for a drive. 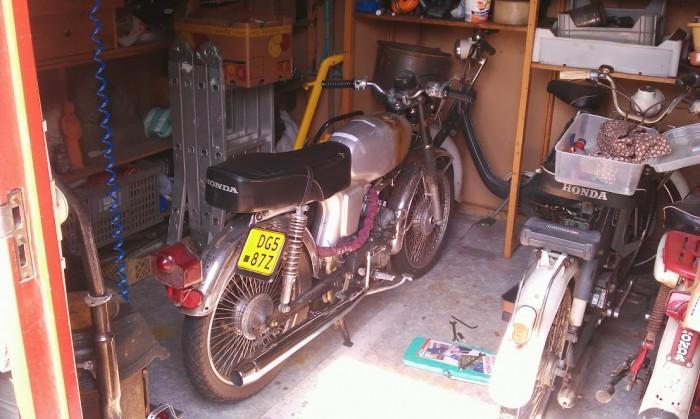 Perfect. The exhaust pipe is nice and quiet and the most noise I hear now comes actually from the air filter which is a bit of a bummer, but okay. So as I was riding over narrow (bicycle-)paths, forest roads and streets, I noticed a peculiar thing; I was not heard. Perfect, you'd say, this is what you wanted... Indeed, I wanted this but it also has a very unwelcome side-effect. I now scare the bejeezus out of people and cyclists because I can now sneak up on them and they only realise that I'm there when I'm 5 meters away. Of course, many people just live in their own world and don't pay -any- attention, but overall, now I have to slow down and sometimes even stop to wait for people to step aside. I maybe need a horn now...

So to the saying "Loud Pipes Saves Lives" I would say "Not really, but it sure helps a lot!" I will keep my old pipe though, just to fit it under sometimes to relive those moments from yesterday. *cue dramatic music here*

What do you think about those loud pipes? Am I wrong? Am I right? Let me know in the comments!