Replacing a worn out starter motor of a VF700 Sabre

For a while already, the starter motor of our Honda VF700 Sabre seemed to have troubles cranking the engine and initially we thought it was the battery that produced insufficient power. That turned out to be true, the charging lead was heavily corroded and almost melted through which is a common problem with these models.

Having this problem solved, the battery received a good charge, around 14.5V. However, the issue remained and two days ago, the starter motor did not crank any more. The starter solenoid worked fine, the battery power was fine and so the only thing to do then was to get the starter off and test it on the ground. It spun once and then it finally died for real. In the picture below you see what we encountered after opening the starter up: 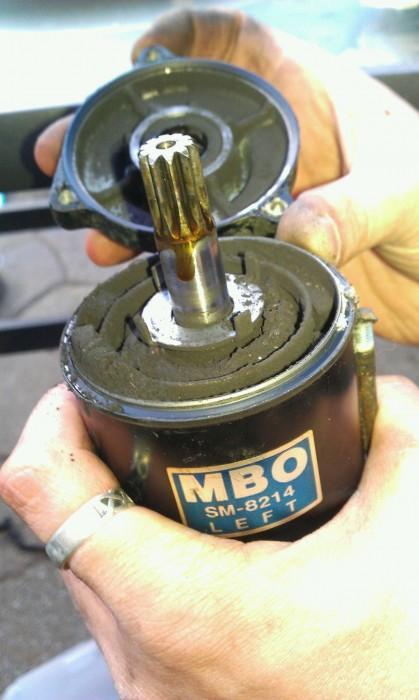 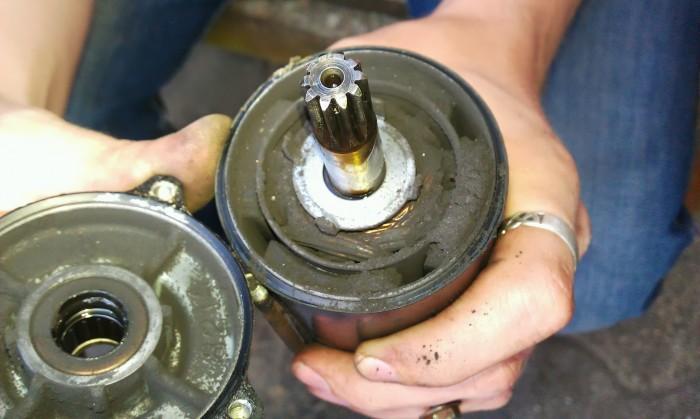 The carbon brushed had been mauled by the spindle, leaving only carbon dust everywhere. It turned out that it was only still "powered by 2 out of 4 brushes. One of the other two brushes was dangling around somewhere inside and the fourth was vaporized. 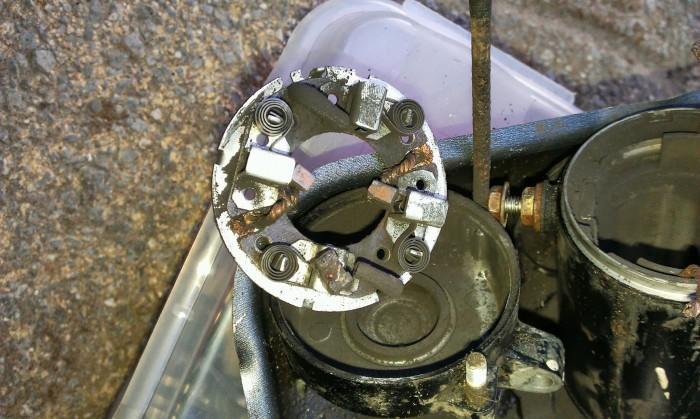 Needless to say that the entire motor needs replacing. The copper track that makes connection with the brushes was also heavily damaged, so it is not even worth just replacing the brushes. Total damage €60,- excl. fuel to pick it up, but then the problem is solved. 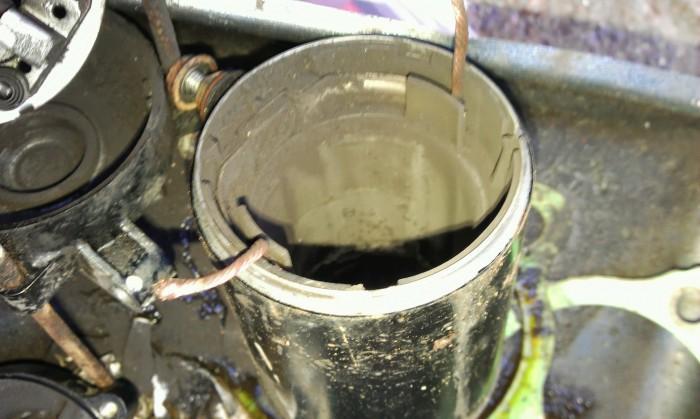