Repairing the Pro-Link system of a Honda VF700 - Part 1

Honda fitted the rear suspension link system of a VF700 (1984) with solid bushings until they thought it would have been even better with needle bearings which they incorporated in 1985. All nice and dandy until the previous owner decided to do some "work" on it. Yes, again I am fixing up someone elses crappy work!

Today was a really nice day for working outside so I decided to take on the seized up suspension of this Honda VF700. 6-Pack of beer, full box of tools, sun, perfect for doing some work! 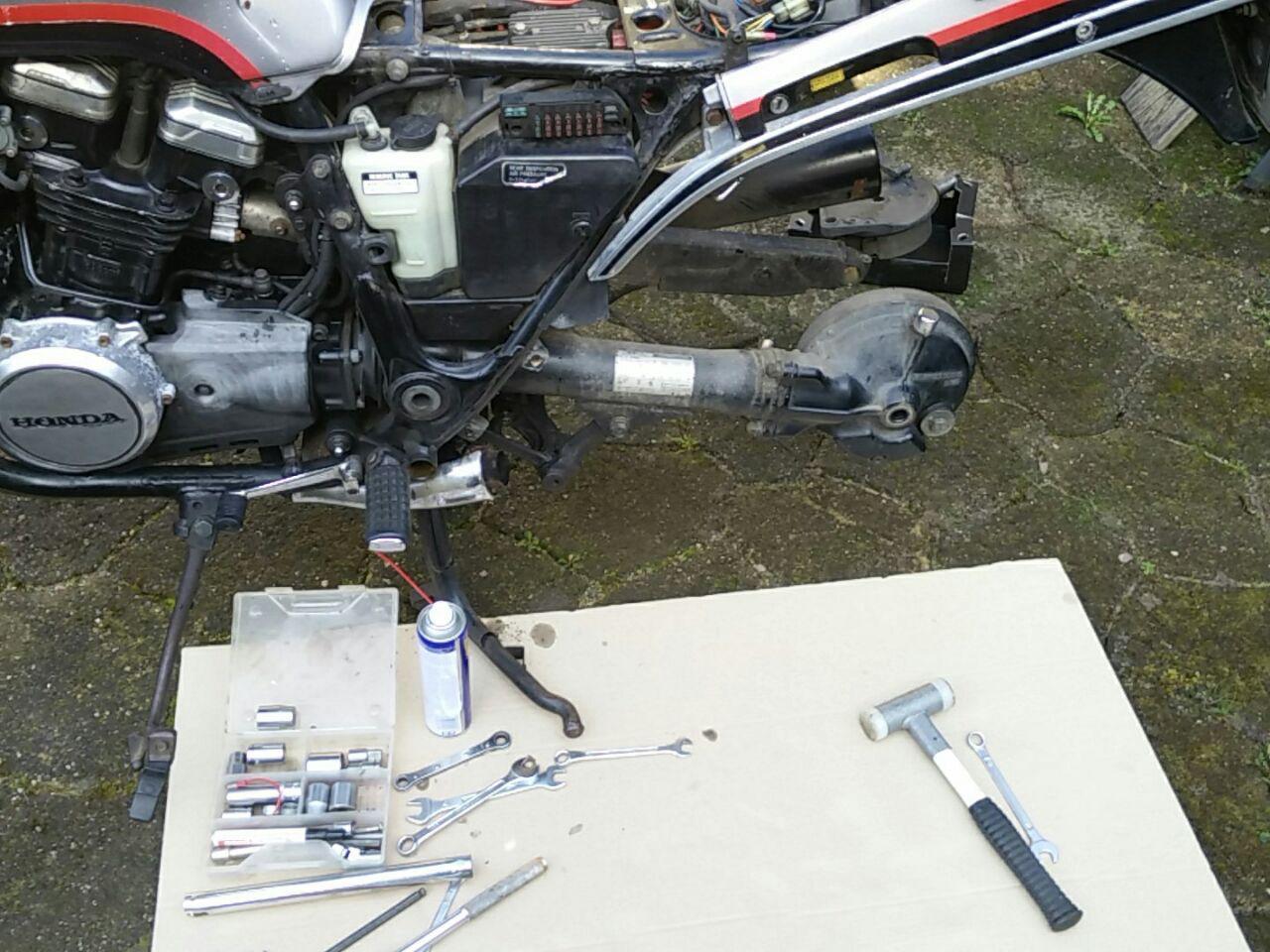 The bottom side of the mono-shock spring had a bolt that was completely rusted shut, so the only way I could remove the spring was via the underside of the frame. The manual specifically tells that this needs to be done from the top, but hey, there is no other way. I have been lucky that there was -juuuuust- enough room to fiddle out the entire system, being the spring and the entire link system. 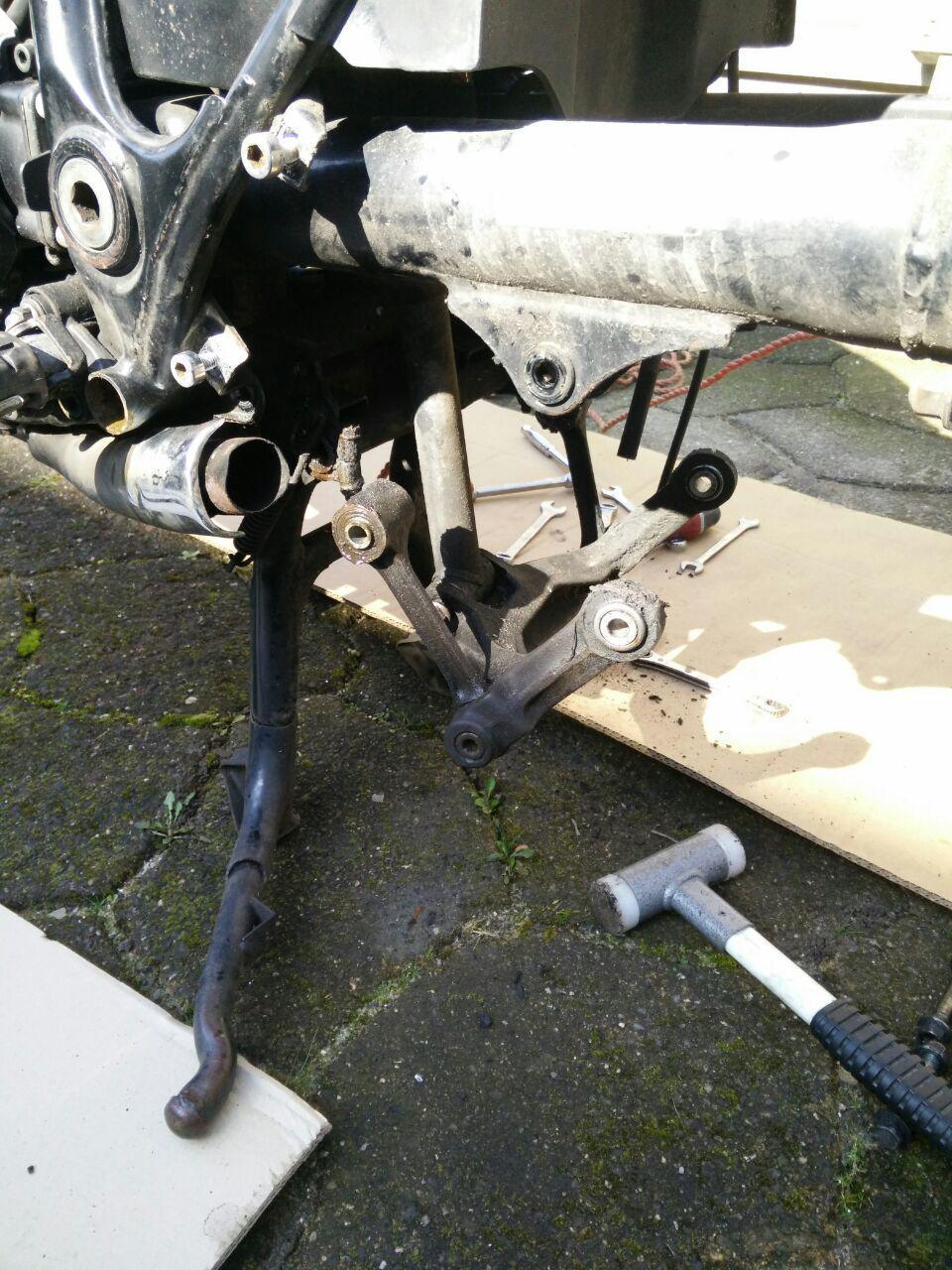 After taking out the system, it was time to remove the washer/seals that protect the needle bearings from dirt and water and there was one particular bearing that cought my eye. Because... it fell apart. So there is at least one bearing that was causing the poor suspension, but also the stuck bolt that was holding in the lower end of the mono-shock spring was causing these troubles. That I managed to loosen up with a torch, a hammer and a large wrench, by the way. 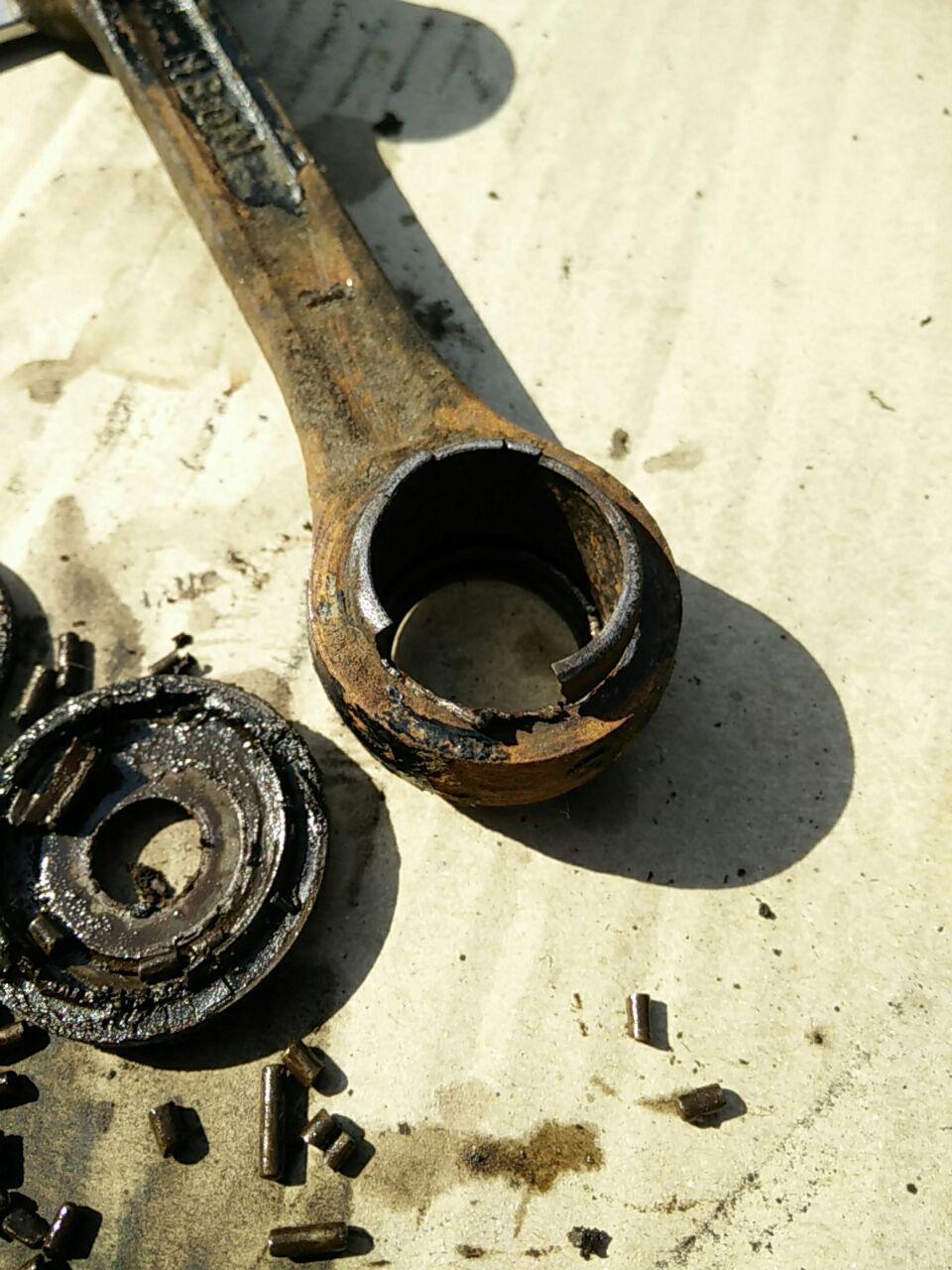 You know, when the bearings of a needle bearing (TA 1820 Z, btw) break in multiple pieces, something went really really wrong in there.

So now I am pondering about either replacing the entire system for a 1984 version with solid bushings or repair everything. The 1984 link system can be had for around 100 Euro and fixing everything with new bearings will cost around 150 Euro. Money that I do not have.

Being a poor bastard but very eager to fix things the right way, I now have to contemplate how to fix this. I might clean up the other bearings that are in a good condition still, fill them up with some high-end grease (that I have in stock) and the broken bearing will have to be replaced by a solid bushing which will be hand made by me then.