Happy Monday everyone! Yes, even Honda can have odd advertisements. This is a commercial for the Honda CL100 Scrambler with a guy pestering his girlfriend with a trumpet. Silly Honda! 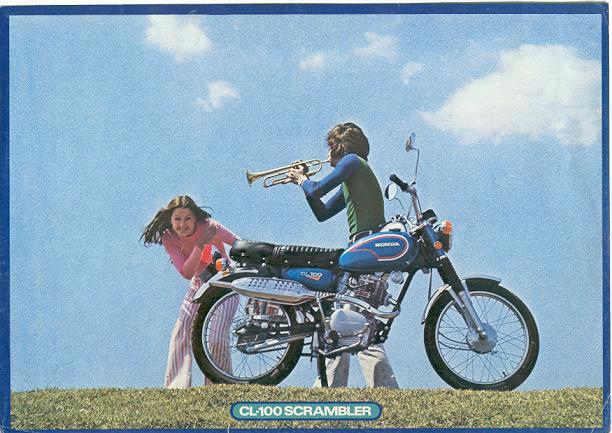 Did you know that there is a Honda CG125 Owners Club?
https://hondacg125.awardspace.com/ 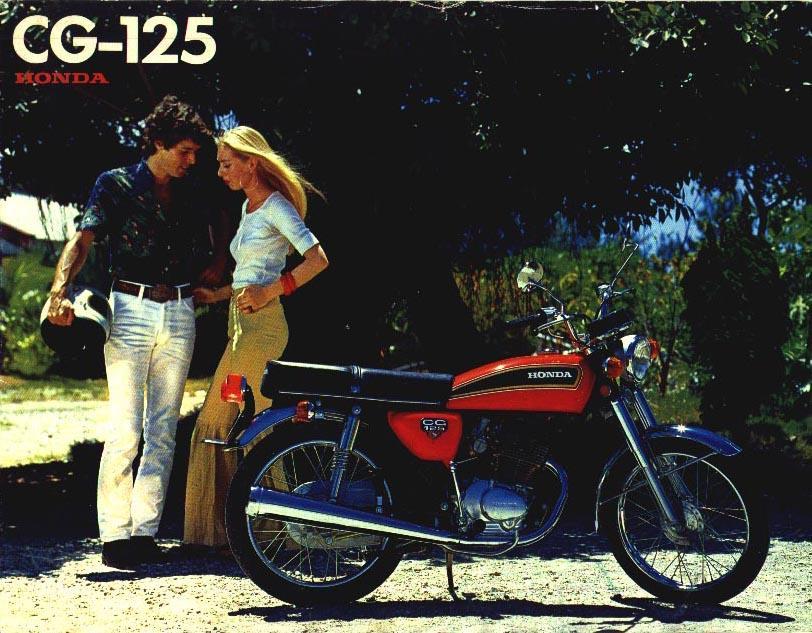 Who but Honda could build such a peppy lightweight single that revs happily above 10,000 rpm with complete reliability? This sporty 100 is certain to give you years of fun with the very minimum of fuss. Hondas of all sizes are designed so you just gas them and go. This stylish single isn't designed for touring across the country, but for flicking around town or nipping out to the beach. Solo or two-up, it's the fun way to go.

With 11 horsepower at 10,500 rpm and 5 gears in the box, you get plenty of acceleration and enough speed to keep up with the traffic. Handy helmet holder, bright lamps, big bike safety features, too. 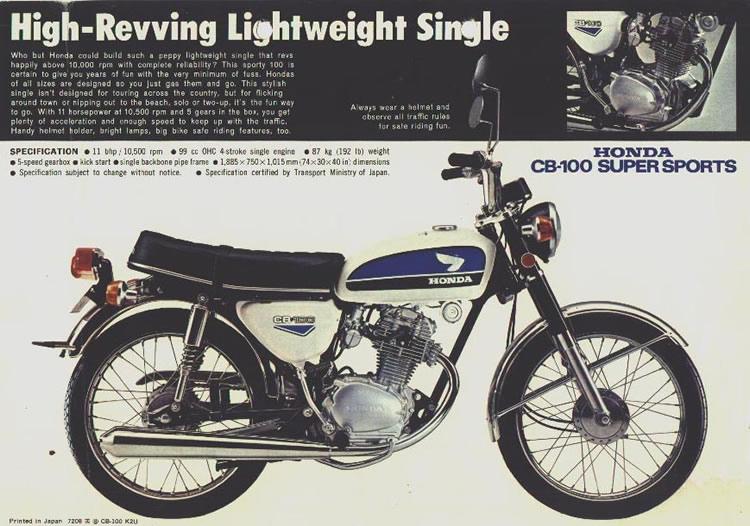 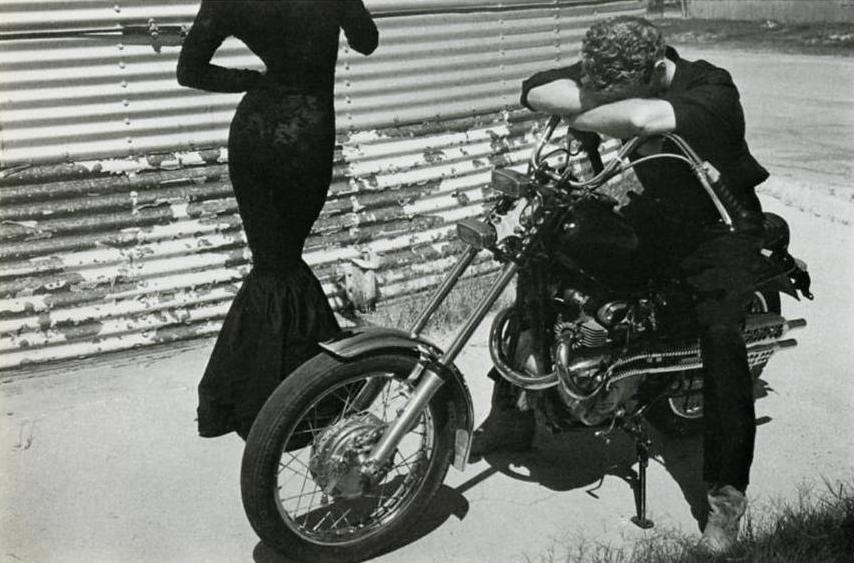 Nice artsy photo, but for what purpose?
Let us know if you have an idea or if you know the origin!

Thank you very much! 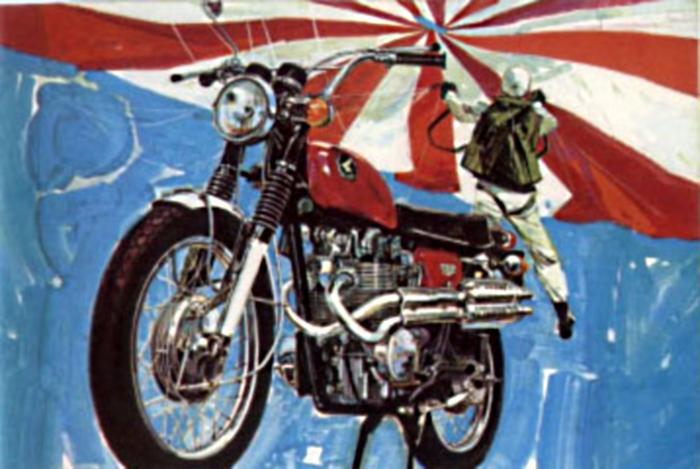 (C) The source of this painting is unknown, but all rights belong to the creator of this art piece

If would like to thank our recent donators to this website that have sent a payment through PayPal! It helps a lot in keeping the website running and it really keeps me motivated in continuing this project! So Michael, Peter, Harry and Jill, thank you very much!

Rated as the Southwest's most rugged, the "Texas Rattler" Hare & Hound had attracted 60 of the area's best... Over 60 miles of Mud, Rugged hills n' woods overcame machine after machine... then reports from the backwoods filtered in... "It's still goin'n like heck, AND IT'S GAINING."... The Texans had seen theur first Honda "Hunting" Cub... 50cc's designed especially for the rough.

Their first glimpse saw it win the 125cc class, and 5th OVERALL and even to the Texans that's BIIGG!! 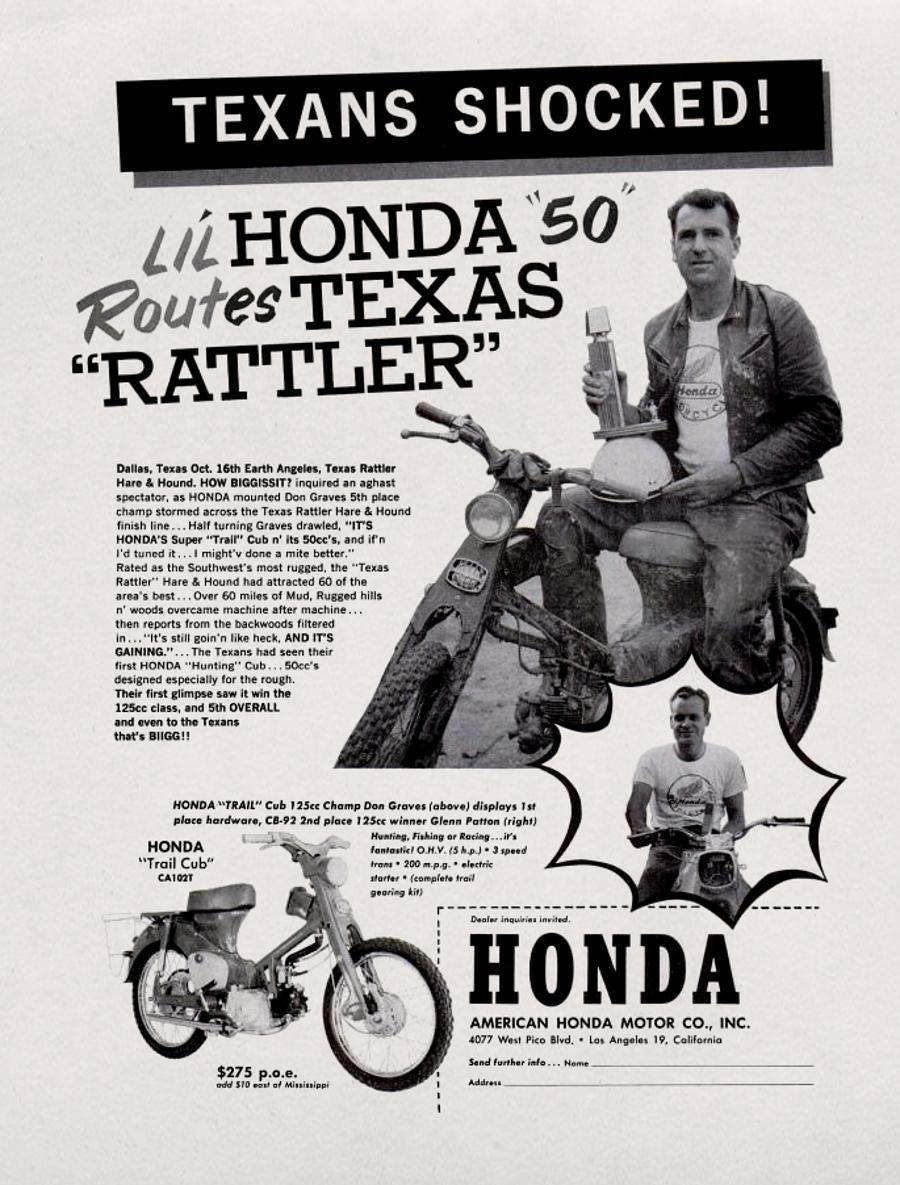